Christmas Out of Africa 2011 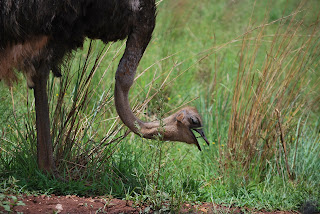 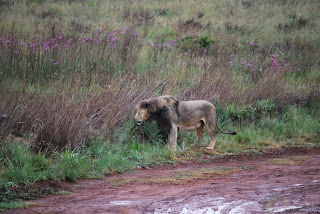 Our first encounter with the Animals was at the Rhino and Lion Park. The ostrich's greeted us and were not at all afraid of the cars or the humans driving them. 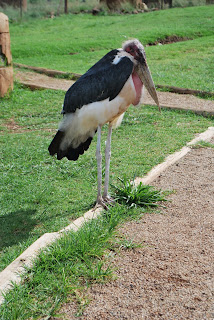 The Lions were motionless until it started to rain. The males got up and this male lion wandered around the parked cars and took a swipe at the tire on the Toyota pick-up while walking by.
These old birds walked he sideways and roadways freely. NO one seemed to bother them and they kept to themselves. Theys seem a bit reclusive and remind me of an old Ivy league professor who struts around, pretty unsocial and worried about the next thing on the agenda.
All in all, the animals are amazing.

"i have never let my schooling interfere with my education." --mark twain

this past weekend, my roommates and i rented just dance 2.
it's a wii game.
you should all go get it.
amazing.
i dominated because i'm just that good.
but one of the dances on there is this african tribal one.
the dancer we were following was wearing a mask
and the song was in some african language and everything.
i felt just like i was in africa.
on a more serious note, i was going through a byu magazine that my friend had.
i read a story about two kids from mozambique whose parents died of aids when they were young.
they tried to survive on their own, but they were put in an orphanage.
and eventually they were adopted and moved to the states.
they interviewed these siblings and found that these kids "would do anything so they could go to college."
after reading that article, it reminded me of what i want to do with my life.
i'm gonna do what i can to help kids like this.
you know, give them the opportunity at life that they wouldn't have had otherwise.
...
well those are my 7 cents.
so there you go.
at least i actually talked about africa this time...
Posted by tens at 8:55 PM 0 comments 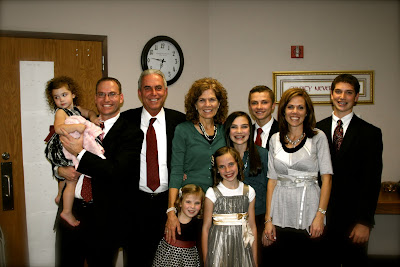 simplicity is the highest form of sophistication.

so we're supposed to post about when we do stuff related to africa?
or when we learn stuff about africa?
or something?
my name is tenery (commonly known as tens) and i have something to contribute.
...
i watched the lion king yesterday.
Posted by tens at 1:41 AM 1 comments

After 48 hours on a new continent, in new living quarters and being completely immersed in a new culture, we are already in love with South Africa. Our 20 hour trip was long, but really not all that bad. I was glad that I had no small children to entertain and keep happy. We arrived in Atlanta with just enough time to hurry to the gate where we would depart for Johannesburg. We loved chatting with the 5 Elders who were headed to the MTC in Johannesburg. One of them was Elder Justin Walker, who attended Highland High with Tenery. We sat next to Dee who was heading home to surprise his parents whom he hadn't seen for two years. He is a YSA with a head on his shoulders, quite religious and is the perfect candidate for the gospel. As we ended our flight, it was finally light enough to see what we were flying over. We flew over the desert of Namibia and then some civilizations in Boswana. I took several photos from the air with the perfect combination of a clean window on the plane and the perfect amount of sunlight.
Elder and Sister Wood picked us up from the airport along with their son and daughter-in-law who had come to visit. The steering wheel on the right of the car and driving in the left lane takes some getting used to even as a passenger. I haven't driven yet--we just got our car this evening. Even as a passenger though, the turns feel different and catch you a bit off guard.
Dad has spent the last two days in the Area Office. I have no assignment yet because we were not expected to be here until next week. I used the time to clean and freshen the apartment, shop for groceries and settle in. I had to rehang pictures and remove unwanted extras and shift the furniture to a cozy conversational setting. It has become our home. I plan to do the master bedroom African when I can find some fabric that suits me.
Posted by Susan at 10:51 PM 0 comments

Packing for the Safari